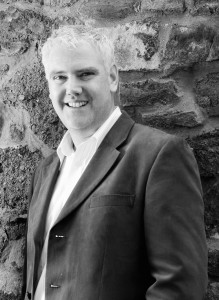 Stuart founded Living Space Architects along with Kirsty in 2004 to specialise in Contemporary Residential Architecture and Conservation.

Stuart has worked for a variety of practices including in the Lake District and Northamptonshire, where a highlight for him was designing Franklin’s Gardens, the home of the Northampton Saints Rugby Team. In addition he continued to developed his portfolio of historic houses and refurbishments.

Moving to London, Stuart worked at Chapman Taylor, where he met his now wife and co-director, Kirsty. As a technical architect, Stuart supported the designing of a large housing scheme in Angel, and the conversion of 10 listed houses into a large department store. His final move, before setting up Living Space Architects in 2004, saw Stuart designing private high spec new builds and refurbishments, as well as co-ordinating commercial fit-out projects for private banks and recognised charities.

One of Stuart’s proudest achievements has been successfully running LSA for over 10 years, and seeing the business grow and expand. As the Director and a practicing RIBA Chartered Architect, Stuart co-ordinates drawings with the clients requirements and briefs. As a problem solver, he thrives on the challenge of puzzling together the clients ideas, budget, time scales in with the local design and environment, to create a unique design for every client.