The New Homes Bonus is billed by the government as a powerful incentive for housing growth and is a key part of the housing growth focus of thier national strategy. It is based on the council tax of additional homes built within local areas and those brought back into use, with a premium amount for affordable homes, and paid for the following six years. The idea is that it ensures that those local authorities which promote and welcome growth can share in the economic benefits, and build the communities in which people want to live and work.

The New Homes Bonus commenced in April 2011, and will match fund the additional council tax raised for new homes and empty properties brought back into use, with an additional amount for affordable homes, for the following six years.

Housing Minister Grant Shapps announced the provisional allocations for 2012-13 last month and this has led to a flurry of interest from local community schems who could benefit from the money.

“For years communities fought against development because they saw no evidence of how it improved their lives. Their experience of housebuilding under the old system top-down targets amounted to the wrong homes being built where they weren’t wanted, and their concerns about extra pressure on local services ignored”

“So I’m delighted that after just one year of the New Homes Bonus this is now changing. There is a culture shift taking place across the country – communities going for growth are reaping rewards for their local area, and councillors are reporting that it is now much easier to lead a mature debate about the benefits of development”

“The bonus payments for new homes last for six years – so this year’s bonus is more than double the payment from year one, and it’s why communities that continue to welcome new homes can expect to see bigger cash bonuses and improved local services in the future”.

Full local authority allocations and on the online calculator are available below under ‘Related downloads’.

We are committed to ensuring that the Bonus remains a flexible, unring-fenced fund.  Local authorities are best place to understand the barriers to growth in their areas, the needs of their local communities and lead a mature debate about the benefits that growth can bring.

The New Homes Bonus is based on past increases in housing supply. It is a powerful and simple incentive for housing growth, because it ensures that those areas which are growing have the resources to meet the needs of their new residents and existing communities. Local authorities are best placed to understand these needs and lead the debate about spending priorities. Wychavon have developed a protocol, whereby up to 40 per cent of the funding is spent by the community where the growth is taking place. While Dacorum are reinvesting the Bonus in further housing and business growth

The Department has set aside almost £1bn over the Comprehensive Spending Review period for the scheme, including nearly £200m in 2011-12 in year 1 and £250m for each of the following three years. Funding beyond those levels will come from formula grant. This ensures that the economic benefits of growth are returned to the local level .

With the news full of uncertainty in the financial markets many of us are choosing to stay put rather than sell our houses and move, but that doesn’t mean we can’t make the most of what we have and there are plenty of projects within all budgets that could make a real difference to your home without having to up sticks and move.  By making changes and improvements to your home not only can it make your property feel like new but it will also add value once the market improves again.

Adding extra floor area is a guaranteed way of making your home feel like new.

Not only is finance more difficult to find but moving home costs a fair bit of money too with stamp duty on a £500,000 home amounting to £20,000.  It’s these factors that have made staying where you are and extending a really good option.

“It’s true that it can be more difficult to make a big profit now on any work that you do to your home, but you will more than likely get back what you spend” says Kirsty Curnow Bayley at Living Space Architects. “In some cases, especially with homes at the top end of the market you can create a good extension for the same price as moving”.

Rear and Side Extensions 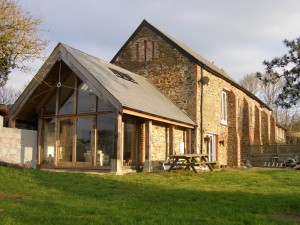 This is the most popular type of extension, often opening up to the garden at the rear of the property with the kitchen diner leading onto the garden.  Families are looking for space where they can all be together that connects better with the garden and this will definitely add value to your home.  Expect to pay in the region of £1500- £2000 per square metre including fit out.  Consider employing an architect for the project, although it will add around 10-15% to your project the extra spend is definitely worth while; architects are space planning experts and will make sure you get value for your money.  They will also help you negotiate the planning maze and can manage building contractors to help ensure a project is on time and within budget.

A loft conversion will cost in the region of £40,000 and is a great way to get another bedroom and can be a good option if your family is expanding but you don’t want to move.  You may not need planning permission for a loft conversion although it is important to check that your house still has it’s permitted development rights before you start work.  Always contact your local planning authority to check or speak to an architect who will be able  confirm how big your extension can be to comply.

Adding a basement is one of the best options if your priority is to gain extra space as you can effectivly gain a whole extra floor.  You can draw in extra light by adding a lightwell and extending into your back garden.  Compared to an extension at ground level a basement is a more expensive option with costs of up to £3000 per square metre and can be disruptive.  Make sure you employ a good architect before you start to make sure your basement is as light and airy as possible. 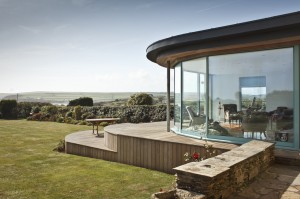 The traditional upvc conservatory extension is a bit of a quick fix solution and many people regret not having considered other options.

Again a small conservatory may not need planning permission and it is worth checking before you start.

When planning your sun room think about its orientation – south facing sun rooms are great but you do need to consider how to avoid overheating.  You can create a sun room with a solid roof and rooflights to help control temperatures whilst still letting in light.  Large roof overhangs can provide solar shading and some protection from summer showers.

Sliding folding doors are now extremely popular but large slim framed aluminium sliding doors are becoming more popluar as they give the best visual connection with the garden and look a lot more stylish.